While out on the tractor today I noticed what a neat variety of soils we have on the Adams Ranch. Here is a little breakdown. Enjoy!

Sandstone is a sedimentary rock composed mostly of quartz sand, but it can also contain significant amounts of feldspar, and sometimes silt and clay. Sandstone that contains more than 90% quartz is called quartzose sandstone. When the sandstone contains more than 25% feldspar, it is called arkose or arkosic sandstone. When there is a significant amount of clay or silt, geologists refer to the rock as argillaceous sandstone. The color of sandstone varies, depending on its composition. Argillaceous sandstones are often gray to blue. Because it is composed of light colored minerals, sandstone is typically light tan in color. Other elements, however, create colors in sandstone. The most common sandstones have various shades of red, caused by iron oxide (rust). In some instances, there is a purple hue caused by manganese. These rocks are near the Meter by Meter Syrah Block on the northeast side of the property. It is a favorite spot to hunt fossils - usually clams - which can be seen in earlier blog posts. 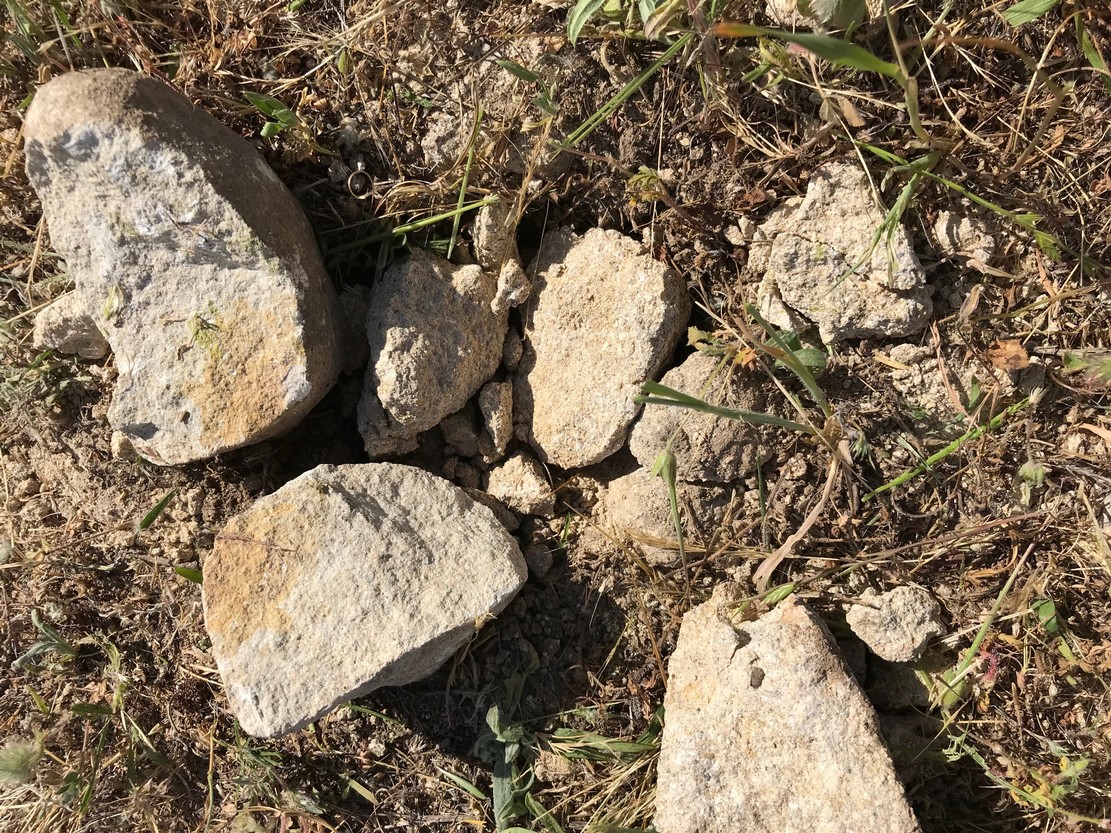 Gravel deposits are a common geological feature, being formed as a result of the weathering and erosion of rocks. The action of rivers and waves tends to pile up gravel in large accumulations. This can sometimes result in gravel becoming compacted and lithified into the sedimentary rock called conglomerate. Where natural gravel deposits are insufficient for human purposes, gravel is often produced by quarrying and crushing hard-wearing rocks, such as sandstone, limestone, or basalt. Quarries where gravel is extracted are known as gravel pits. Southern England possesses particularly large concentrations of them due to the widespread deposition of gravel in the region during the Ice Ages. This soil type is foung in our Lake Block (planted to Roussanne and Grenache). Fun Fact: before we planted grapes here, this was indeed a gravel pit. We used it to grade roads. It's a big beautiful orange rocky mess. It was also a lake that my brother and sister and I used to swim and fish in. After repeated dry years it was useless as a reservoir, so we filled it in and planted grapes here. 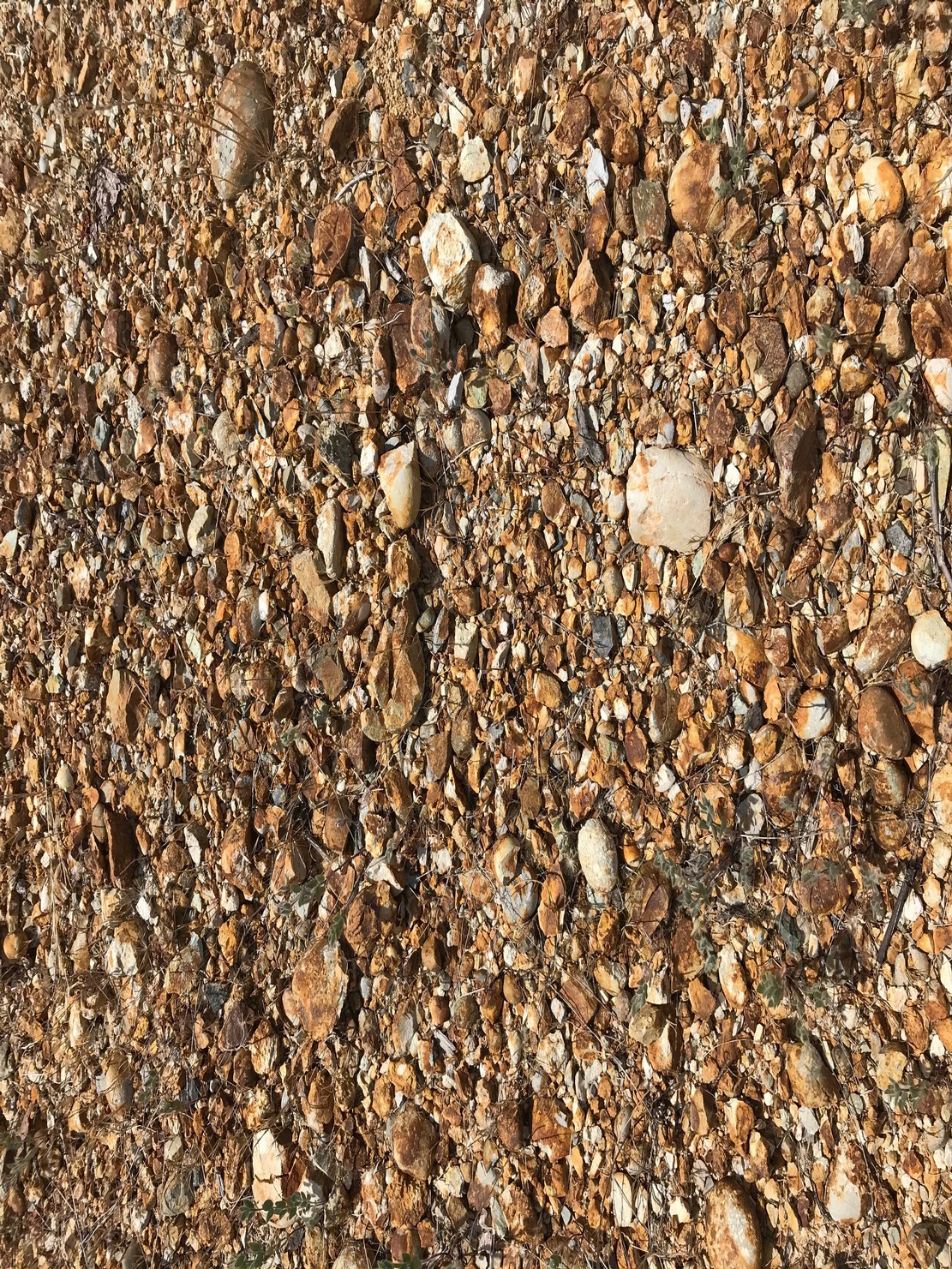 Galets roulés are components of the terrain, or terroir, and a distinguishing feature of many of the vineyards in the Côtes du Rhône AOC and more specifically Châteauneuf-du-Pape AOC and other top wine producing areas in the regions such as Gigondas_AOC and Vacqueyras_AOC. They are often larger, rounded stones that have been smoothed by both glacial and fluvial actions over time and deposited in the region by the Rhone river. We aren't sure what river rolled these stones. It is very likely that our ranch is the result of a tectonic shift that brought an ancient seashore and perhaps a river mouth to our part of the Willow Creek Sub AVA, which, by the way is mostly calcareous soils. These rocks and soils are not common on the west side of Paso Robles. These large deposits of rolled stones are found in the Lake Block. I smash them to bits with the mower regularly. 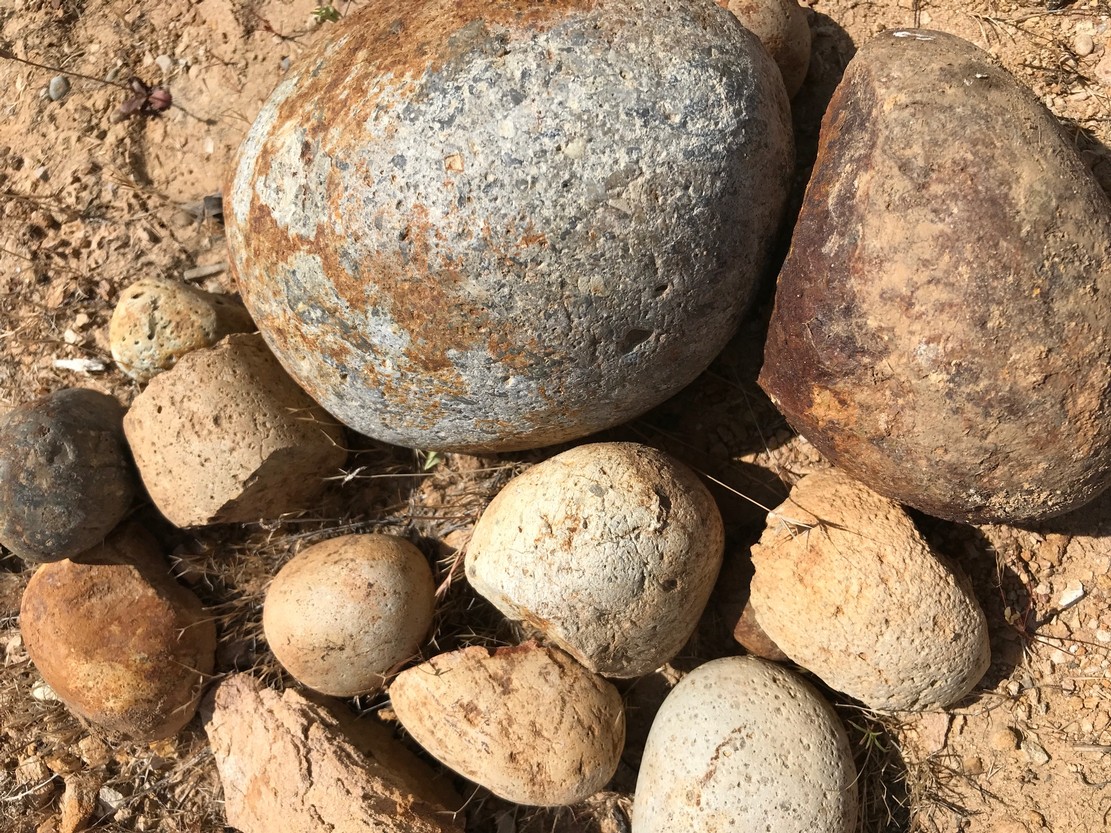 Sand consists of small particles of weathered rock. Sandy soils are one of the poorest types of soil for growing plants because it has very low nutrients and poor in holding water, which makes it hard for the plant’s roots to absorb water. This type of soil is very good for the drainage system. Sandy soil is usually formed by the breakdown or fragmentation of rocks like granite, limestone, and quartz. Most of the Adams ranch has a sub layer of clay 4-6 feet below the sandy loam. This acts as a spongey reservoir and retains water quite well. Grapes are resilient. They are up for the challenge - struggling in the sand but pushing their roots through to the clay. Clay saves the day! 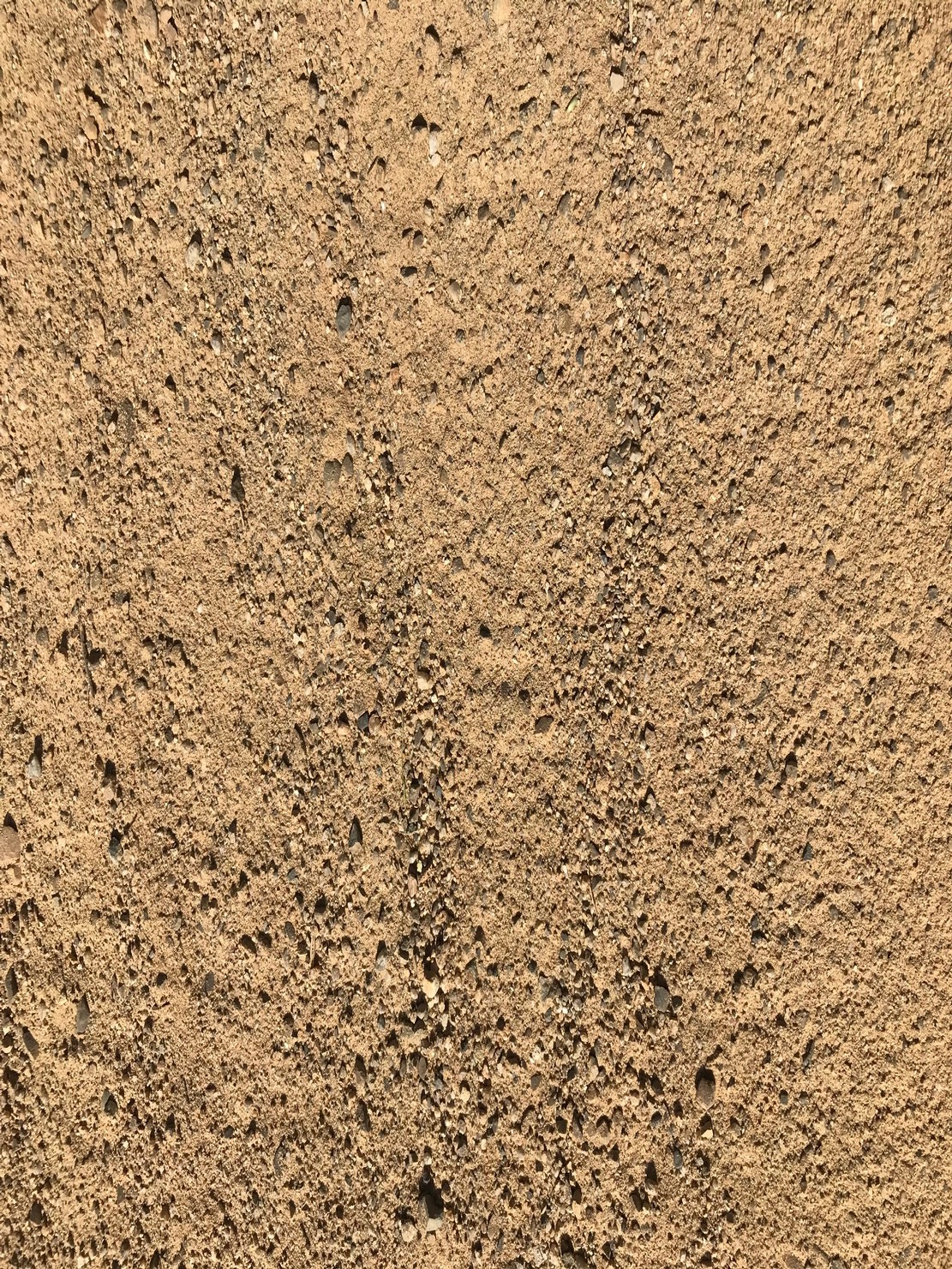 Terra rossa (Italian for "red soil") is a well-drained, reddish, clayey to silty clayey soil with neutral pH conditions and is typical of the Mediterranean region. The reddish color of terra rossa is the result of the preferential formation of hematite over goethite. This soil type typically occurs as a discontinuous layer that ranges from a few centimeters to several meters in thickness that covers limestone and dolomitebedrock in karst regions. The high internal drainage and neutral pH conditions of terra rossa are a result of the karstic nature of the underlying limestone and dolomite. Terra rossa is also found associated with Mediterranean climates and karst elsewhere in the world. Compared to most clayey soils, terra rossa has surprisingly good drainage characteristics. This makes it a popular soil type for wine production. Among other wine regions, it is found in La Mancha in Spainand the Coonawarra, Fleurieu and Barossa Valley growing areas in Australia. This soil is found in various parts of the ranch, but this photo was taken in the Fin Block, where we have Grenache planted. 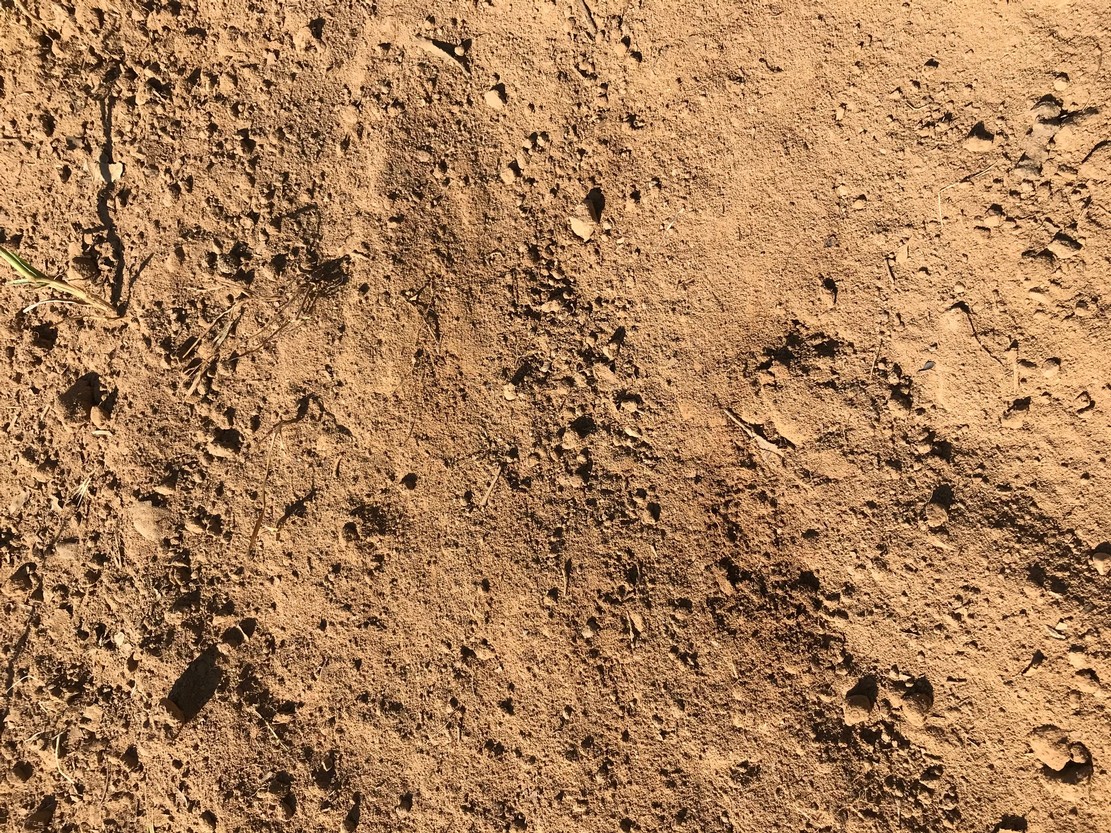 Clay is the smallest particles amongst the other two types of soil. The particles in this soil are tightly packed together with each other with very little or no airspace. This soil has very good water storage qualities and making hard for moisture and air to penetrate into it. It is very sticky to the touch when wet, but smooth when dried.  Clay is the densest and heaviest type of soil which do not drain well or provide space for plant roots to flourish. That said - the northern part of our Meter by Meter Syrah Block and our lower block of Cinsaut are thriving just a stone's throw away from where this photo was taken. Another Fun Fact: I have learned to process this clay with a fining method and turn it into blocks of clay suitable for ceramics. While I am a beginner - I have learned to spin this clay on a wheel and make pieces from Adams Ranch clay. Mugs for everyone this Christmas! LOL 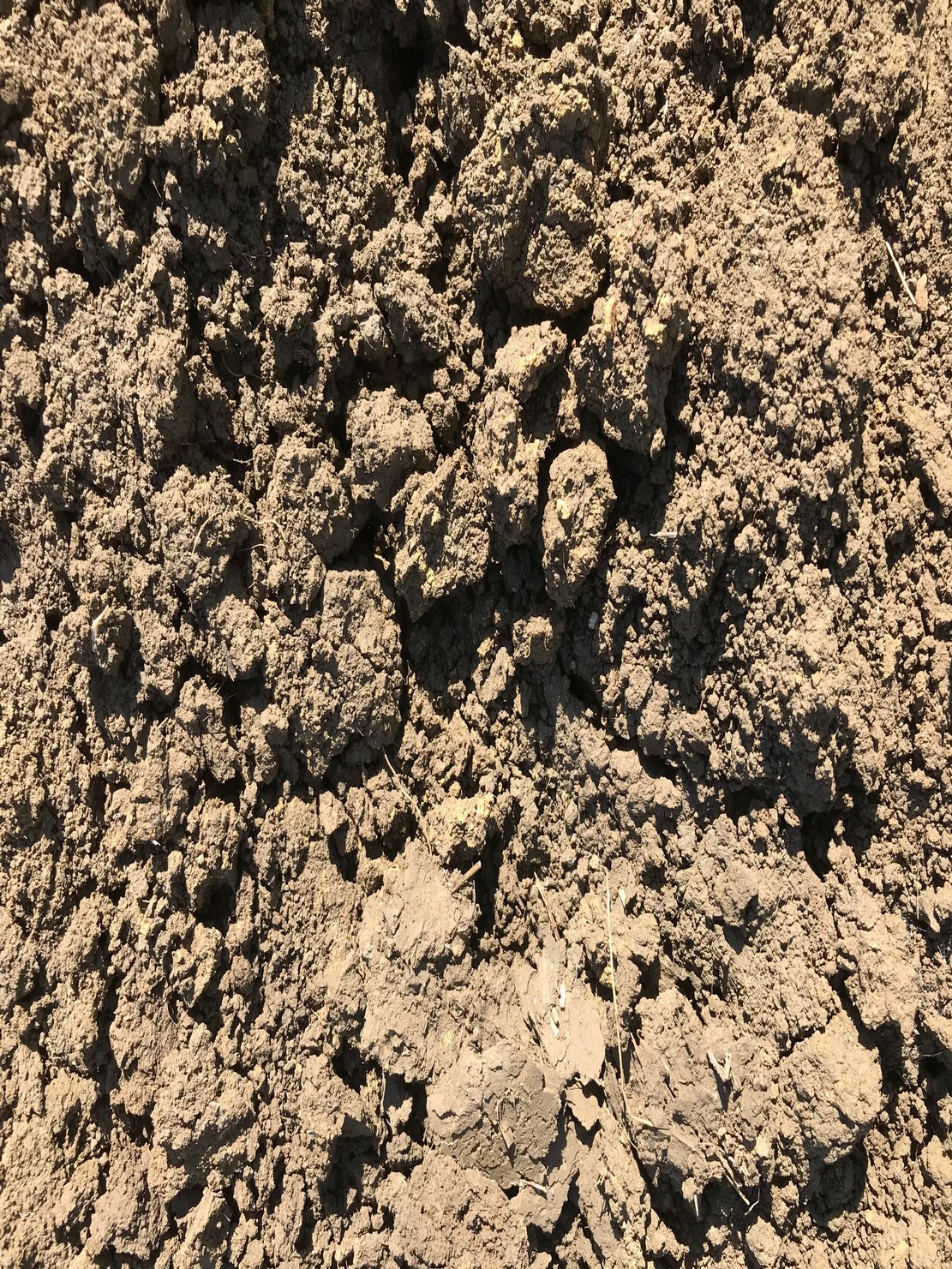 Loam is the fourth type of soil. It is a combination of sand, silt, and clay such that the beneficial properties from each is included. For instance, it has the ability to retain moisture and nutrients, hence, it is more suitable for farming. This soil is also referred to as an agricultural soil as it includes an equilibrium of all three types of soil materials being sandy, clay, and silt and it also happens to have hummus.  Apart from these, it also has higher calcium and pH levels because of its inorganic origins. This photo was taken outside of our Cinsaut block. 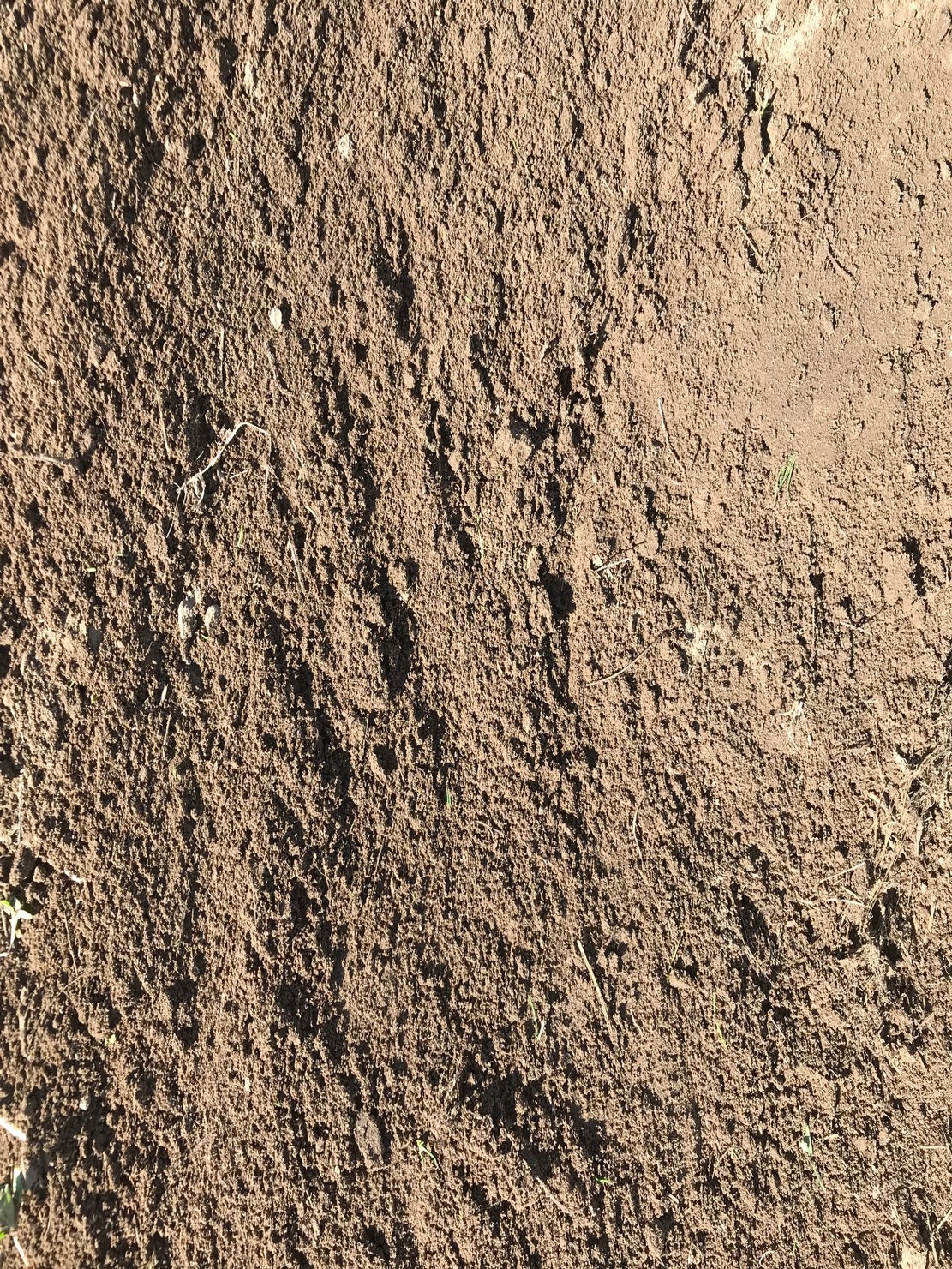 Thank you for reading. See you next week. The wine shop is open and has some really fun, rare wines. 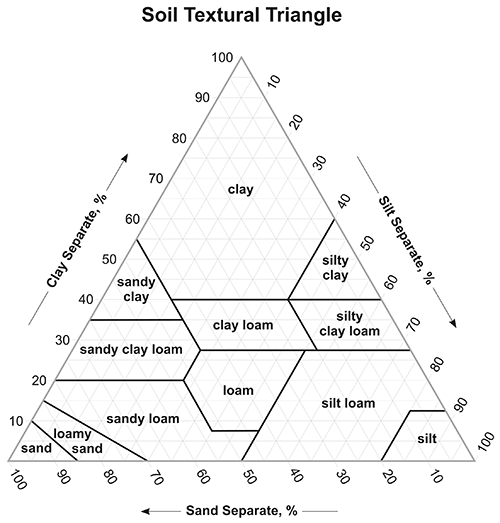